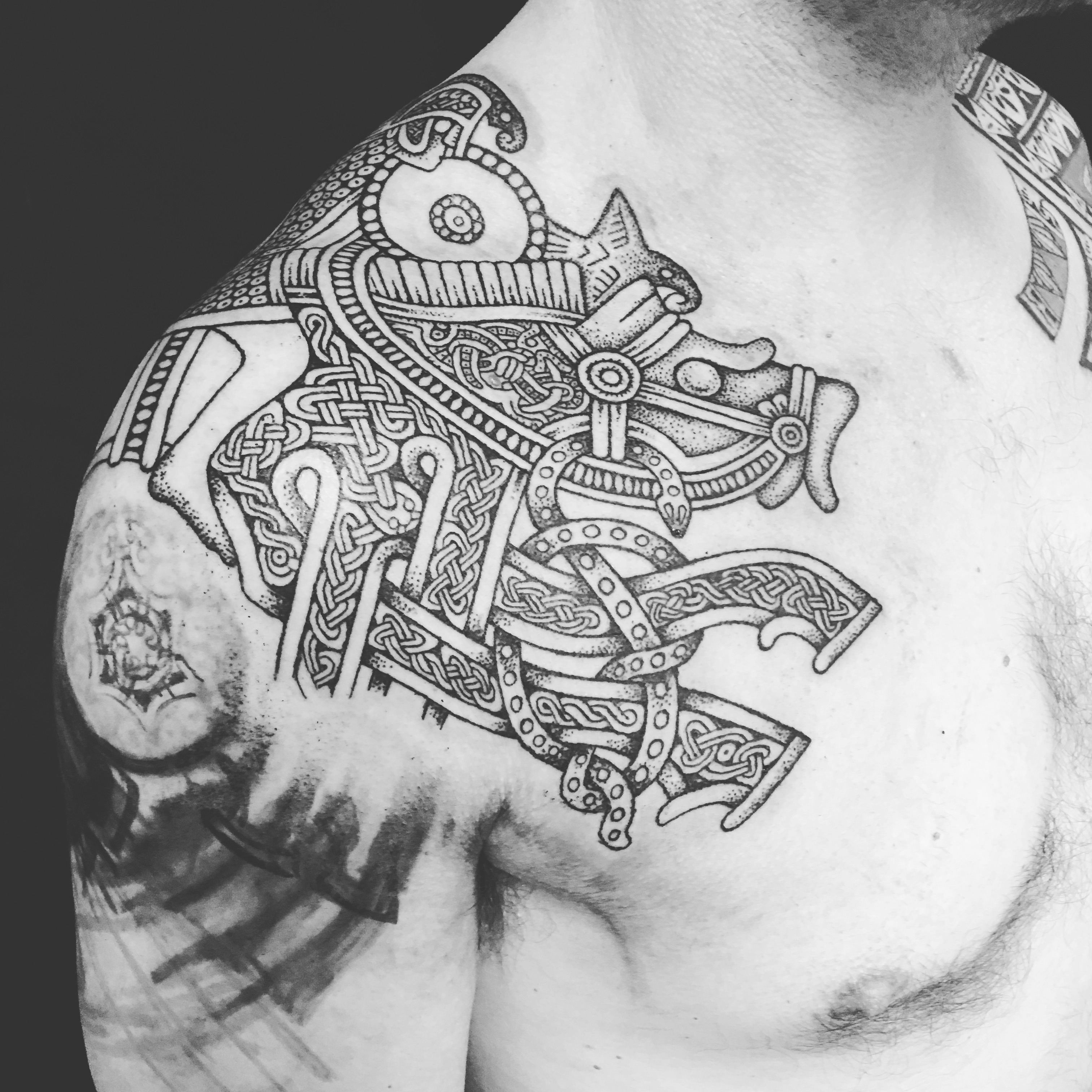 Damon wanted a tattoo on his right arm and chest to honour his English and Scandinavian heritage to mirror a piece he had done previously in New Zealand representing his Maori heritage.

The piece is also a cover up of an old tattoo from many years ago, which Damon had reduced following laser removal sessions.

The design itself is heavily inspired by early Saxon and Vendel art and based on artefacts from the Sutton Hoo grave in East Anglia. The helmet and belt buckle were the main inspirations.