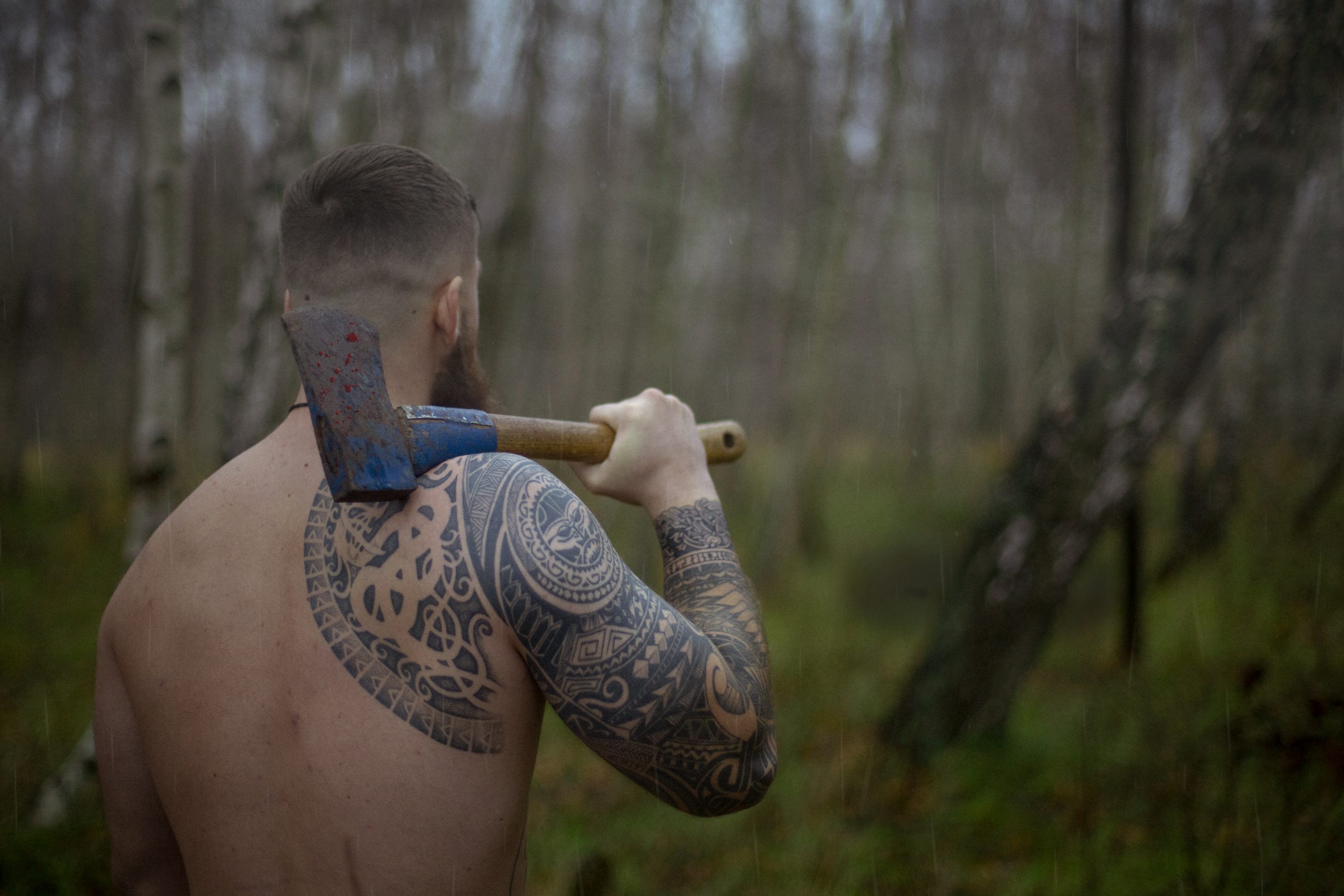 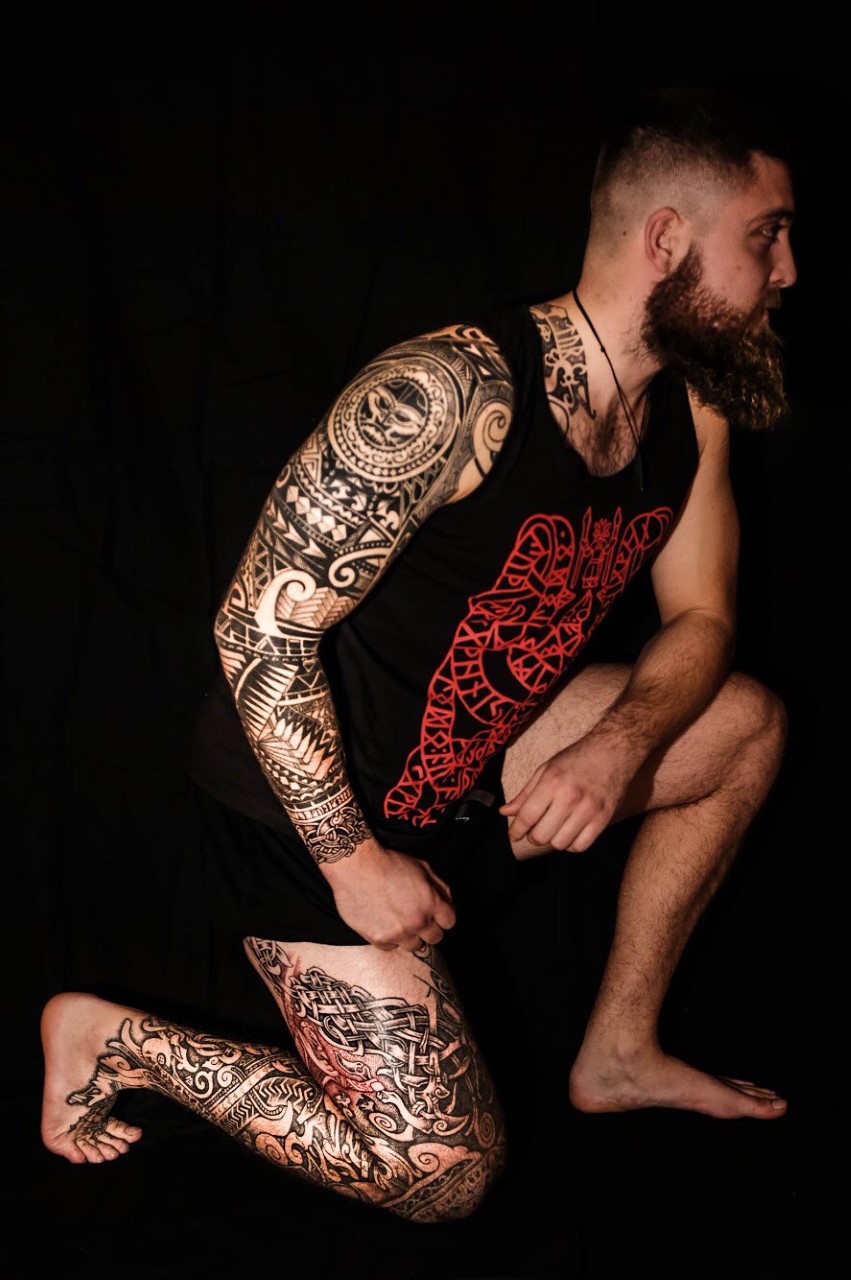 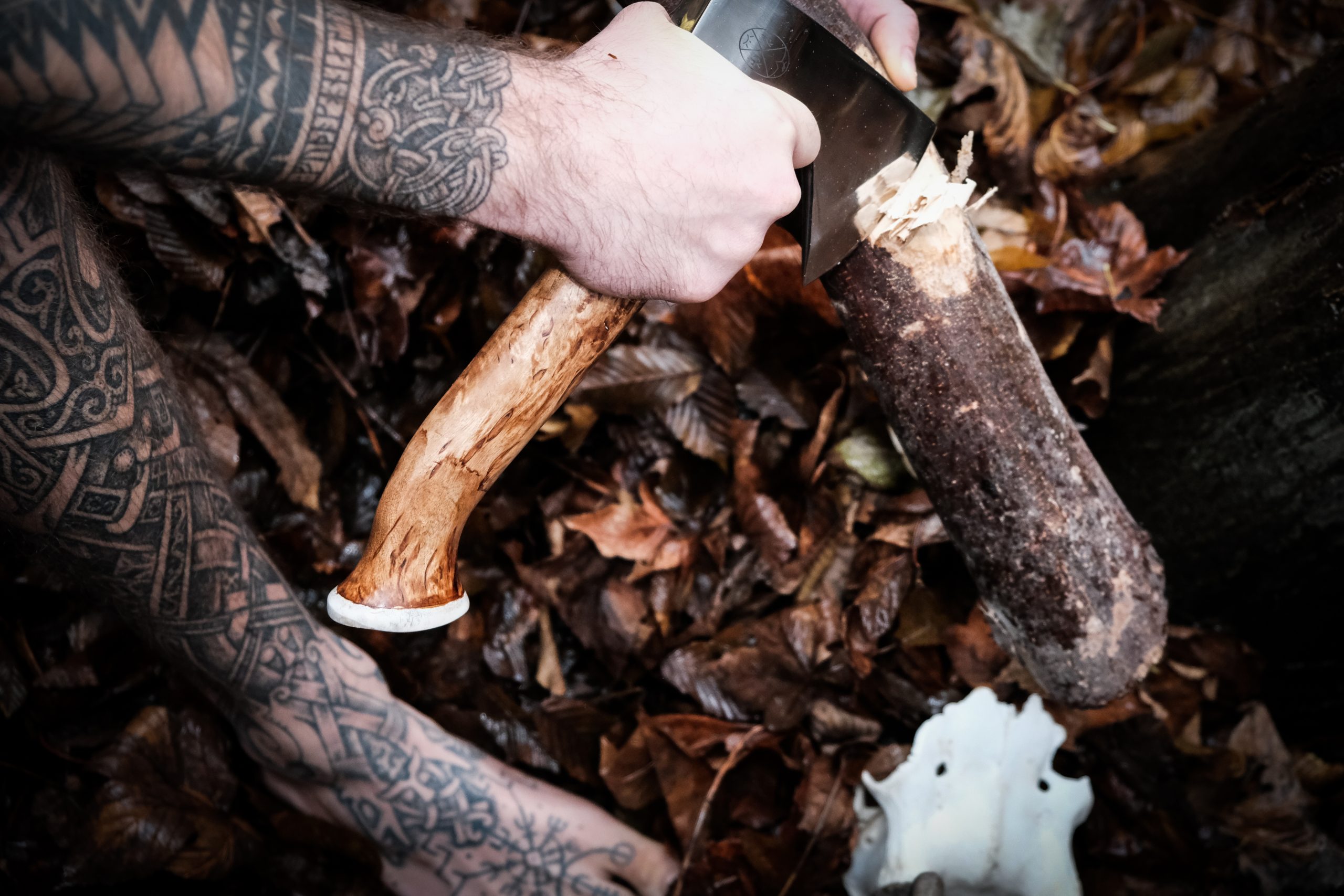 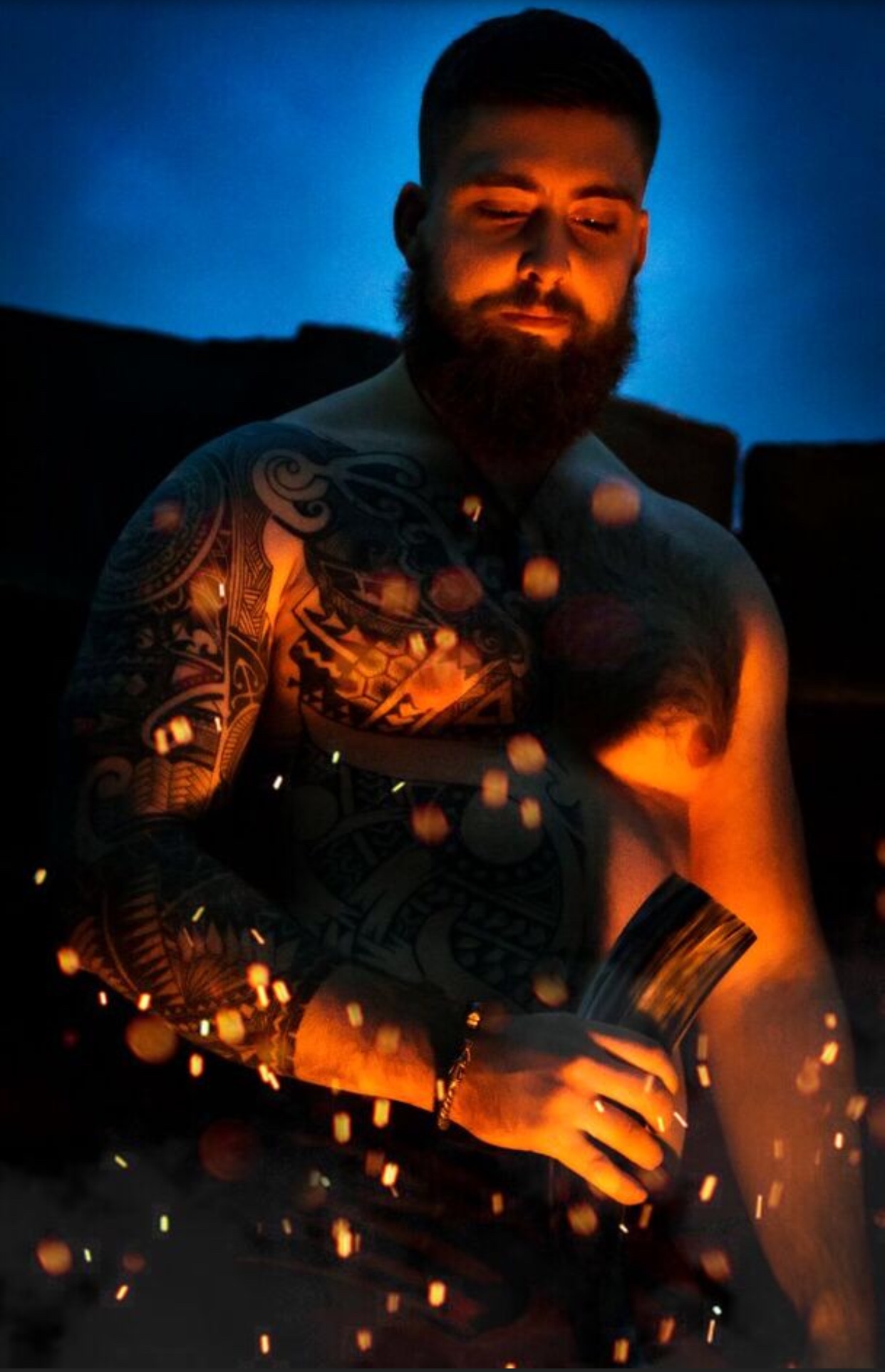 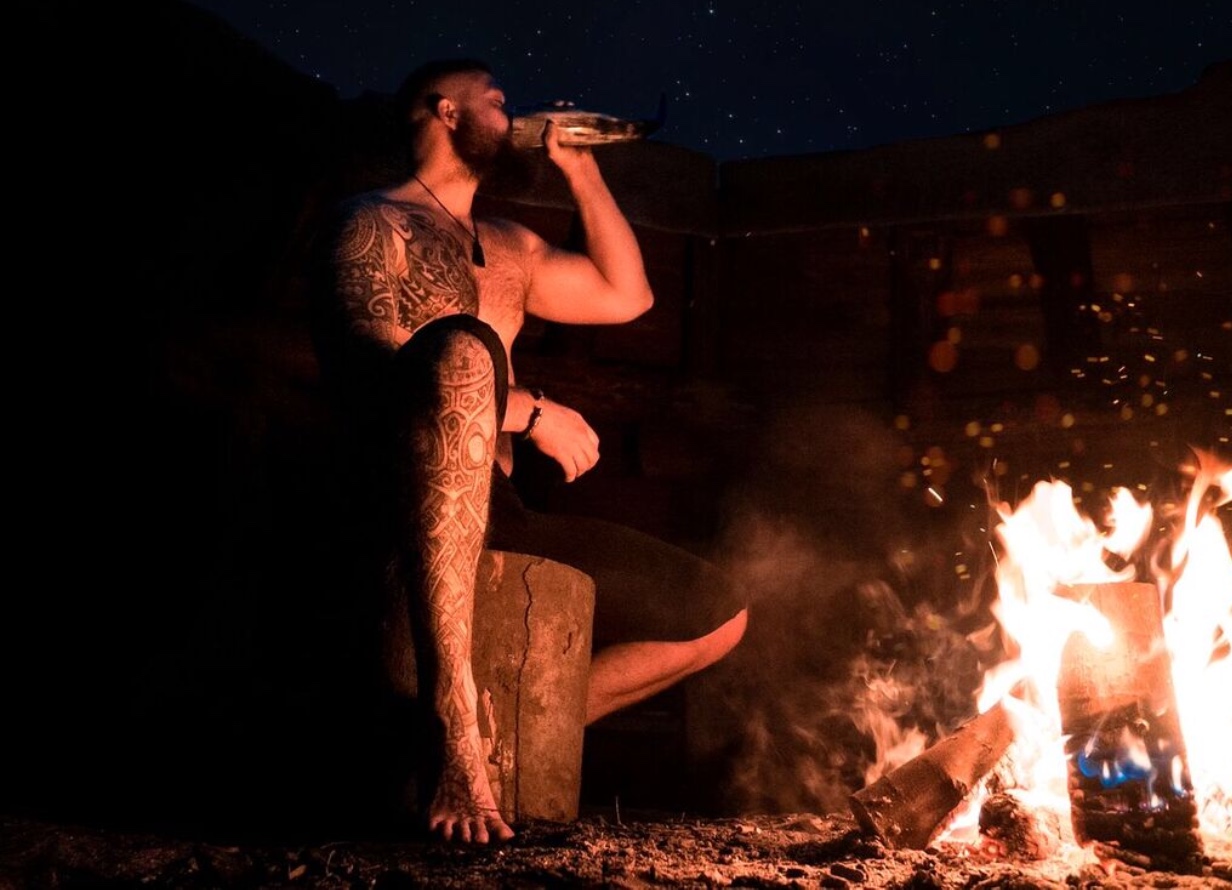 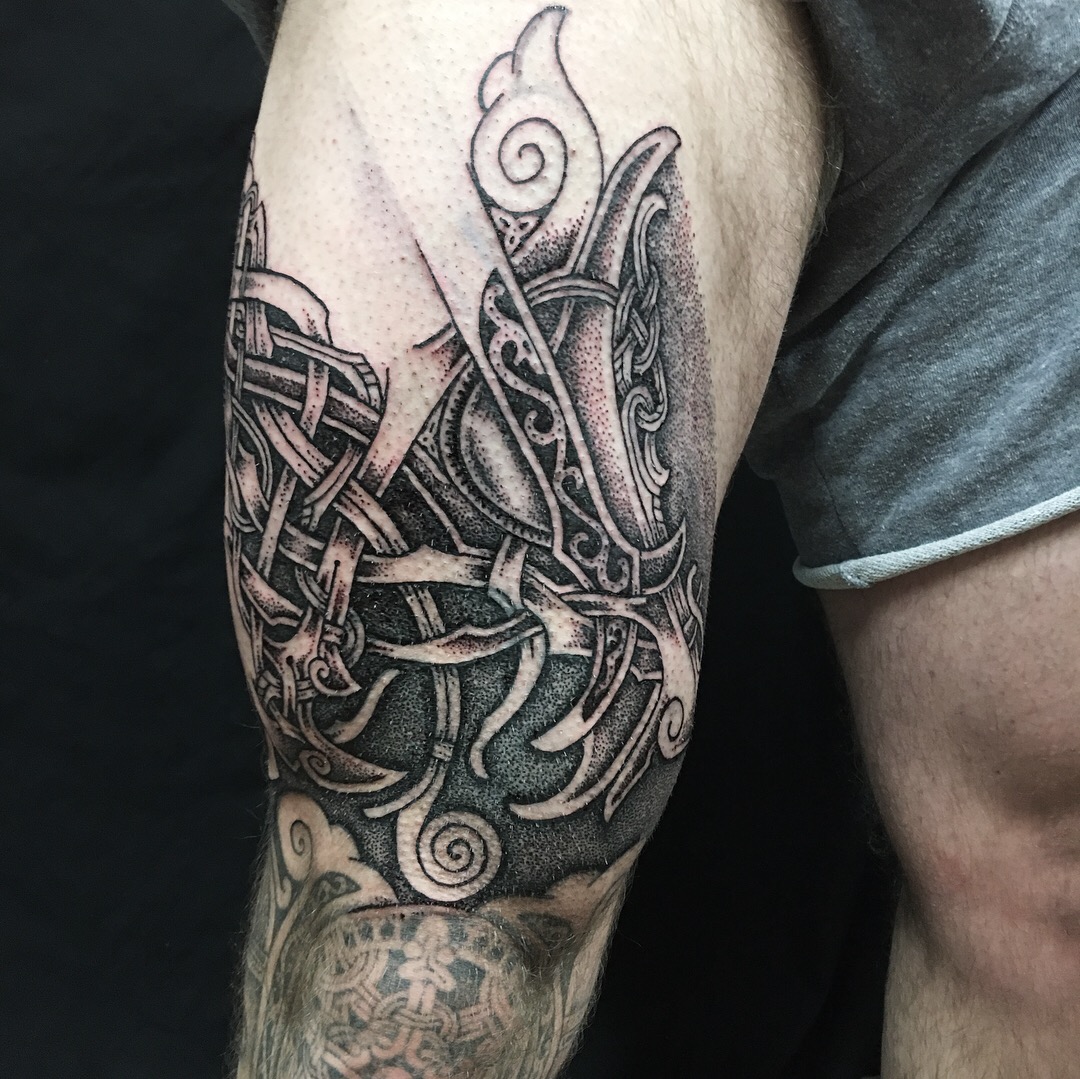 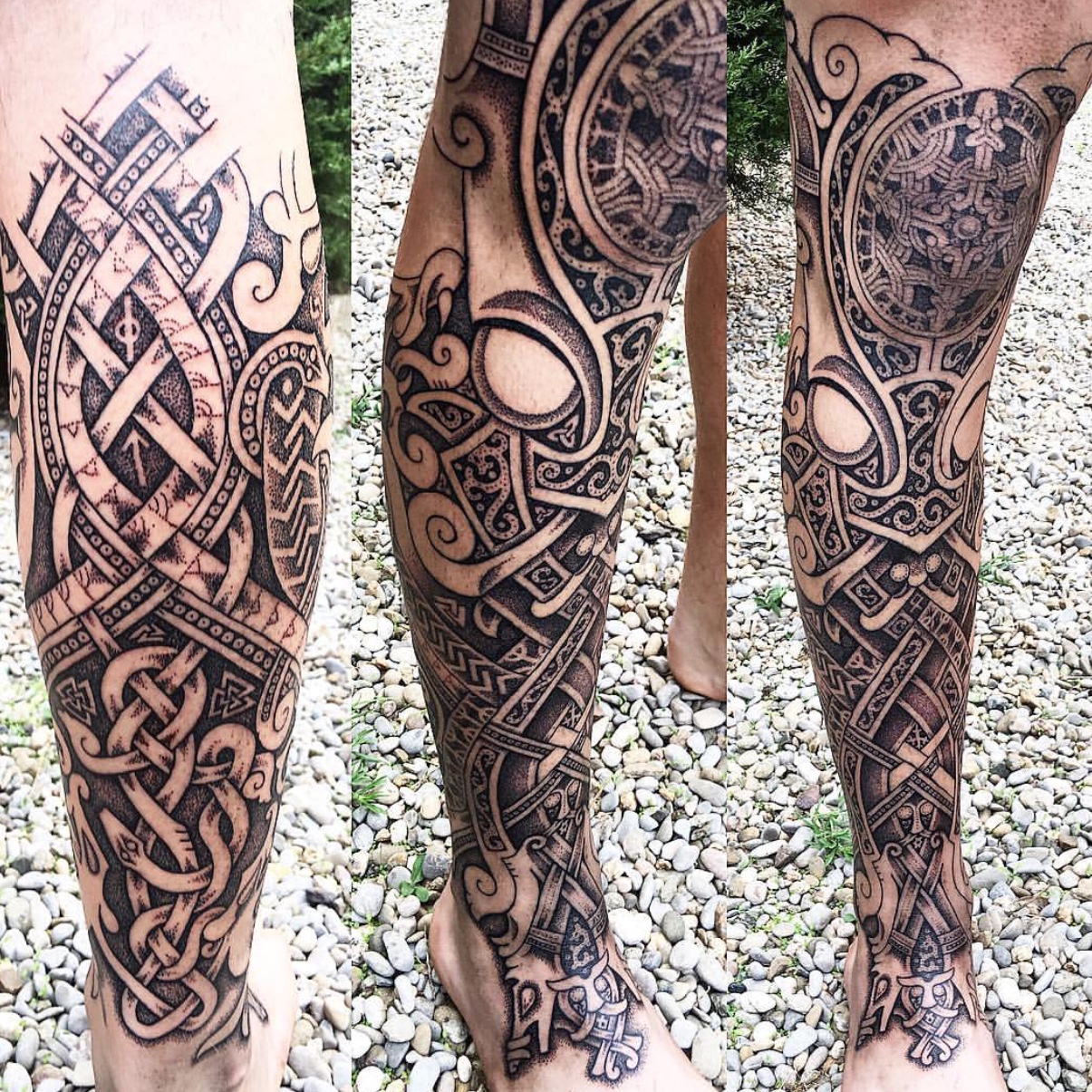 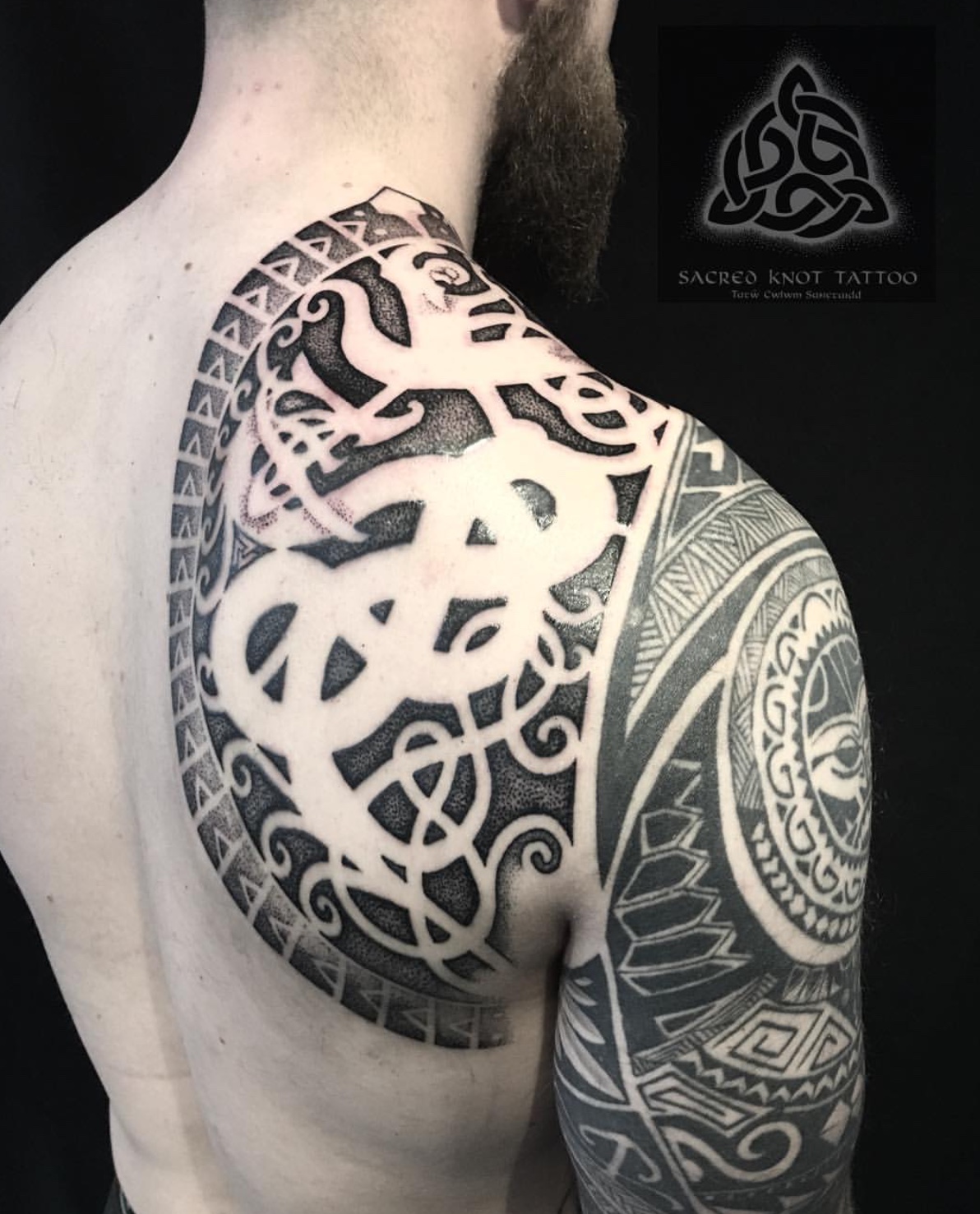 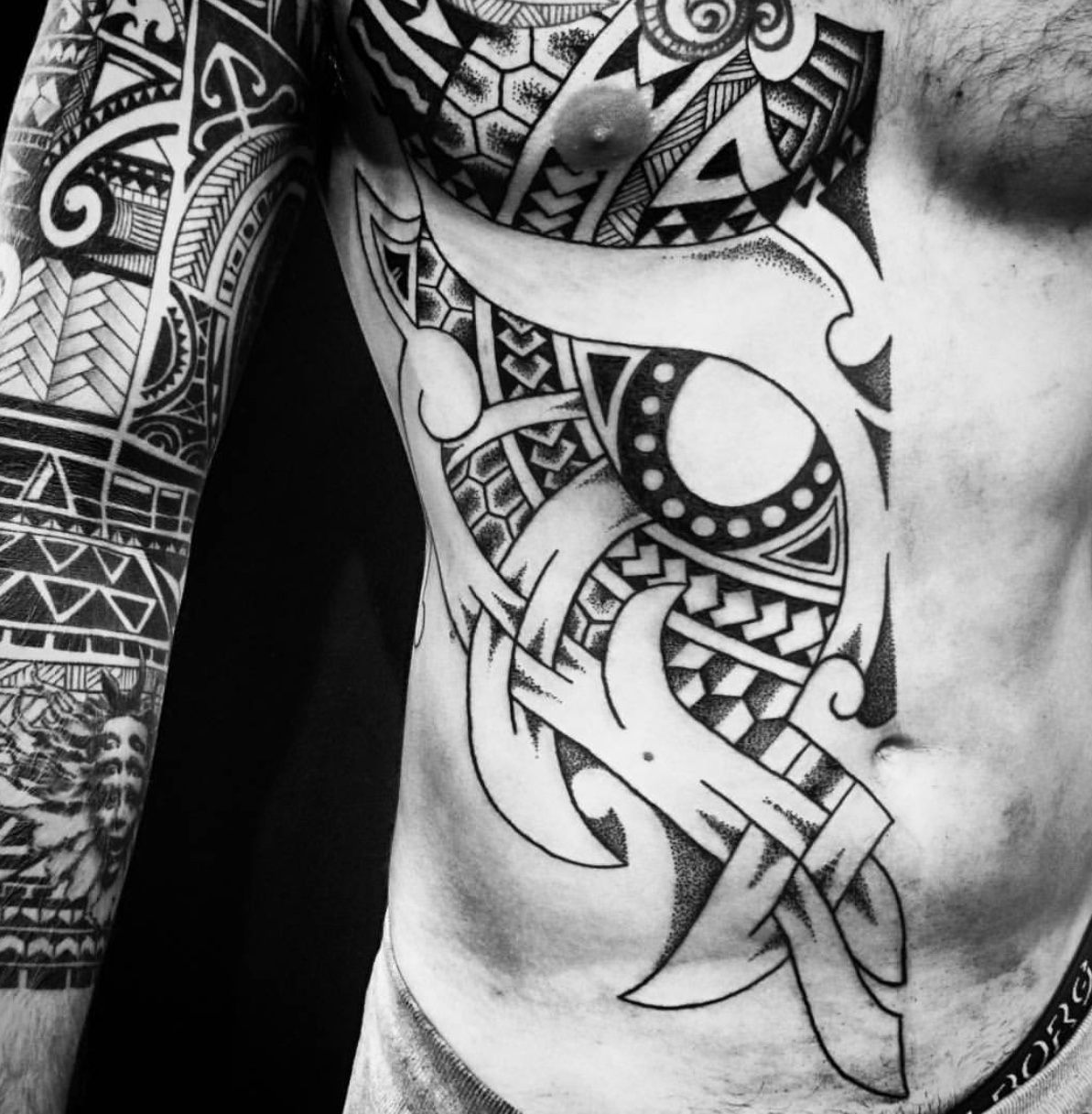 Will was among the winners of the 2017 Tattoo Competition, with this excellent picture. The tattoo integrates both a nordic and Maori style and forms a god mask on his chest and stomach. Having parents from New Zealand and Denmark, he wanted his tattoos to display his wonderful heritage. I’m unsure who did his Polynesian sleeve, but the Urnes dragon on Will’s shoulder is my work. I tattooed William for the first time (of many) back in 2015 in Denmark. A year later, we began a leg piece, again with a god mask, but this time with Odin as the centrepiece, weaving the power of runes.

We chose this particular Nordic style because of its flow. I wanted it to be reminiscent of the fern shapes in Polynesian art, but still distinct enough to clearly be Norse. This is why I did the tattoo in negative like this. Above the dragons head and hidden by the axe (second photo), the Norse god Thor fishes in boat. He holds his hammer in one hand and the fishing line with a great bulls head as bait in the other.

There are many ancient carvings from as far back as the Viking age depicting this scene that have survived to this day.. although I’m beginning to wonder how much older this tale is. The fact that Thor looses the battle fitted in very well with the Christians pointing out the failures of the Northern gods, and most of these surviving carvings are on Christian crosses. All stories change over time, as do their meanings. The Scandinavian myths though still hold great relevance to this day and have aged better than most ancient stories, even in their altered state. Whether or not Christians changed, or even made up this story is now irrelevant. The gods endeavours against such mighty forces still resinate through our own personal trials in life today…even down to having an idiot close by ready to cut your plans short every now and then 😂