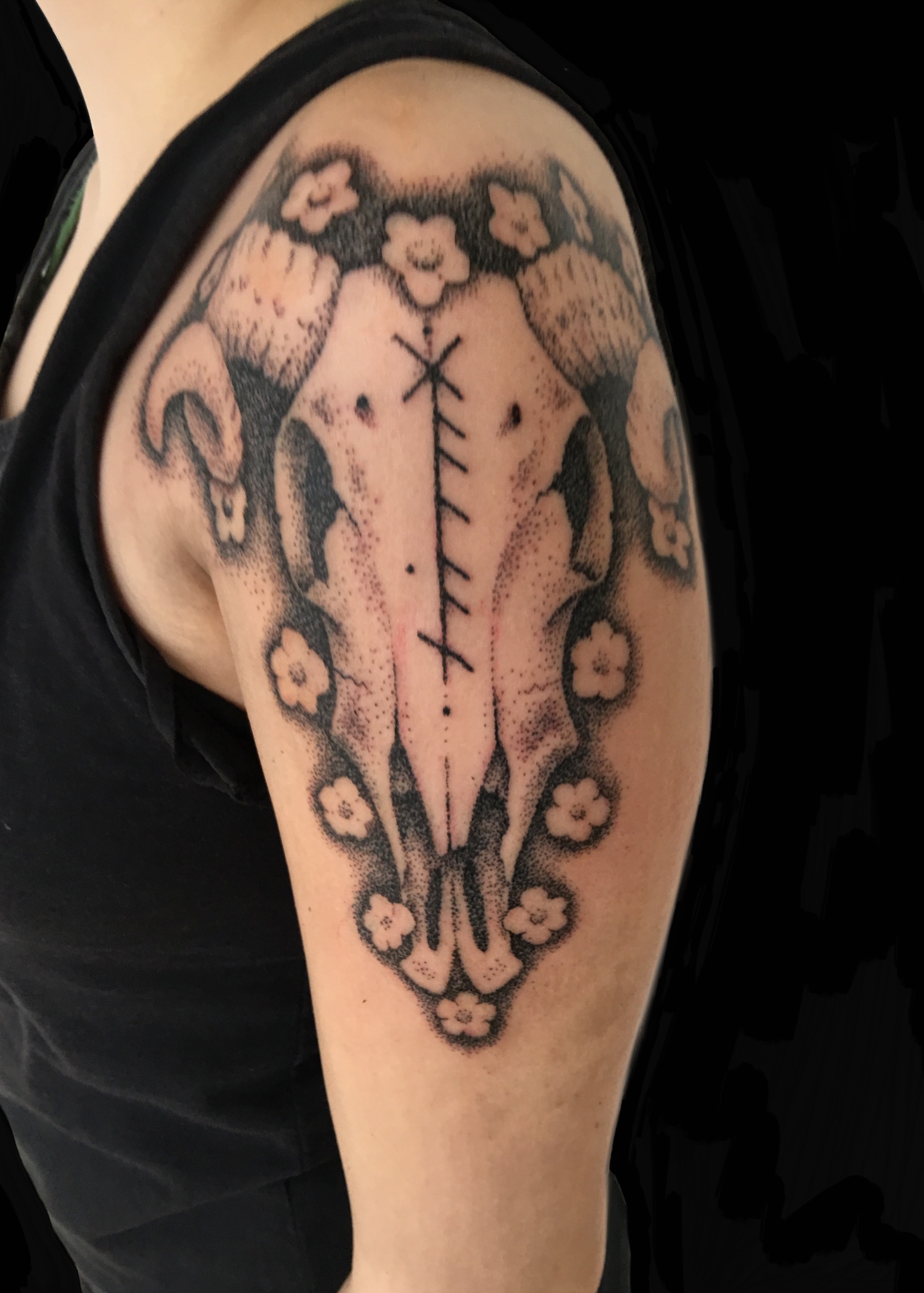 This is Una’s sheep skull and Bind rune. The flowers depicted are native and exclusive to the Faroe Islands and also symbolise the number of islands that make up the Faroes. The skull represents the sheep which have sustained the Islands since they were first settled over 1200 years ago. It is possible the islands may have been inhabited from time to time before this. However, there is little evidence to suggest that these settlers survived until the Western Norse came to settle and became the modern Faroese. The Bindrune is to represent Una’s family and heritage. The original Faroese sheep went extinct because they were so suicidal… if what the locals told me is correct.

It was my second tattoo and one I'd been wanting for a long time. Originally I intended to get it on my chest but in the end it felt right to locate it on my arm/shoulder. It is a representation of my home country, a ram skull and eighteen "sóljur"(national flower, cant remember the english name) - one for each island. I looove the tattoo, how it turned out, and your idea to include my family name in runes. That tattoo is my favourite part of my body😄