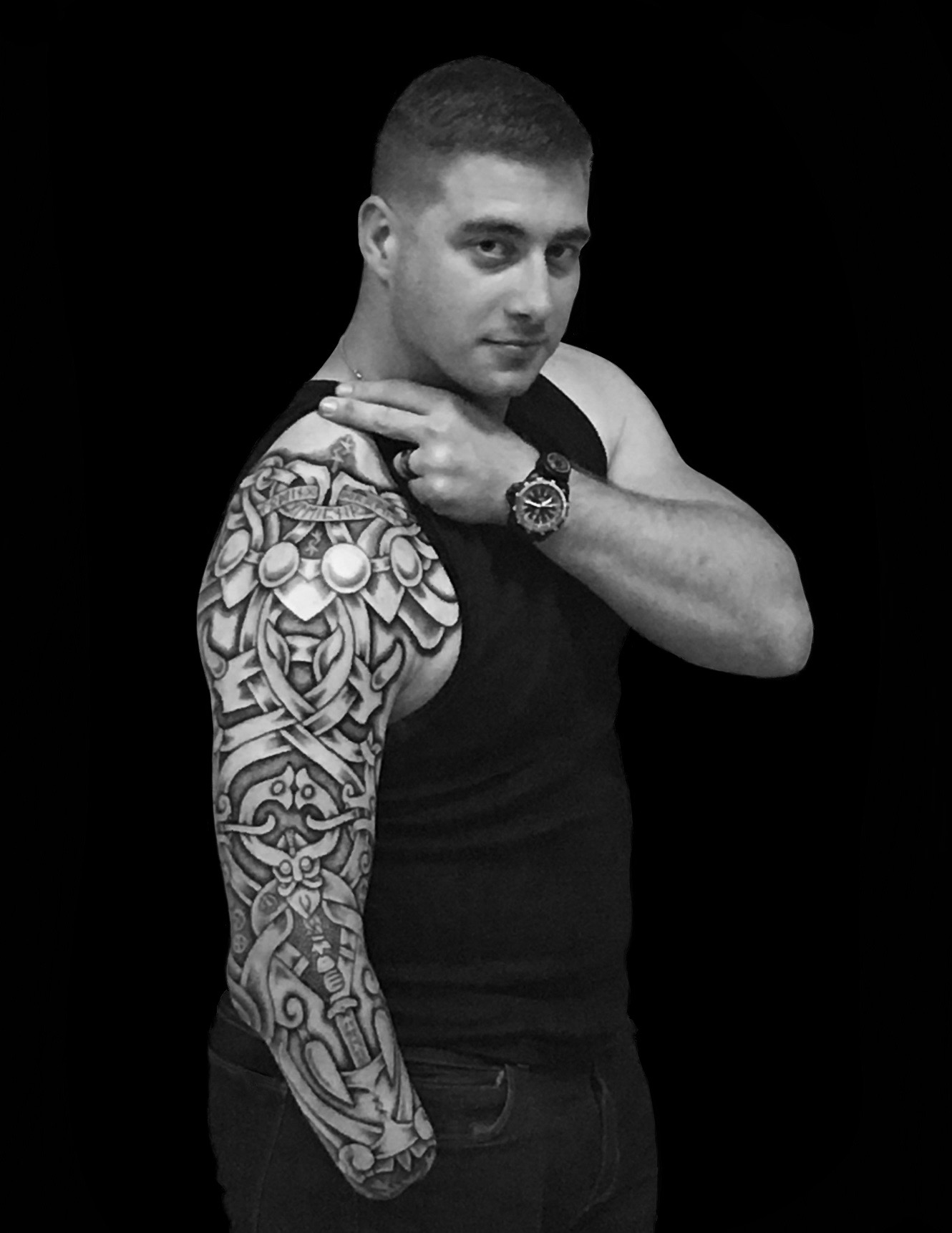 I arrived in New York in 2016, knowing I was going to tattoo this brave man. He had lost his right hand serving in the military, but as you can clearly see from his physique he had not let it hold him back. This was his sacrifice for the journey he chose to take in life and he felt it reflected the story of Tyr the Norse God of Battle from the Nordic Pantheon.

On the top of the arm are the faces of the dwarves that forged the final chain that binds Fenryr the Great Wolf in place until Ragnorok. Below the dwarves is the God Tyr himself standing on Fenryr the Great Wolf’s head. He is impaling him through his skull with a sword. You can see he is missing his right hand as he has already made the sacrifice of deceiving Fenryr and breaking his oath. Tyr was sometimes referred to as being wolf-jointed as he had lost his hand, so this is one of the reasons for the placement of the wolf’s head.

It was an honour to work with you; thank you so much for trusting me with this and good luck with all your future endeavours 🙂