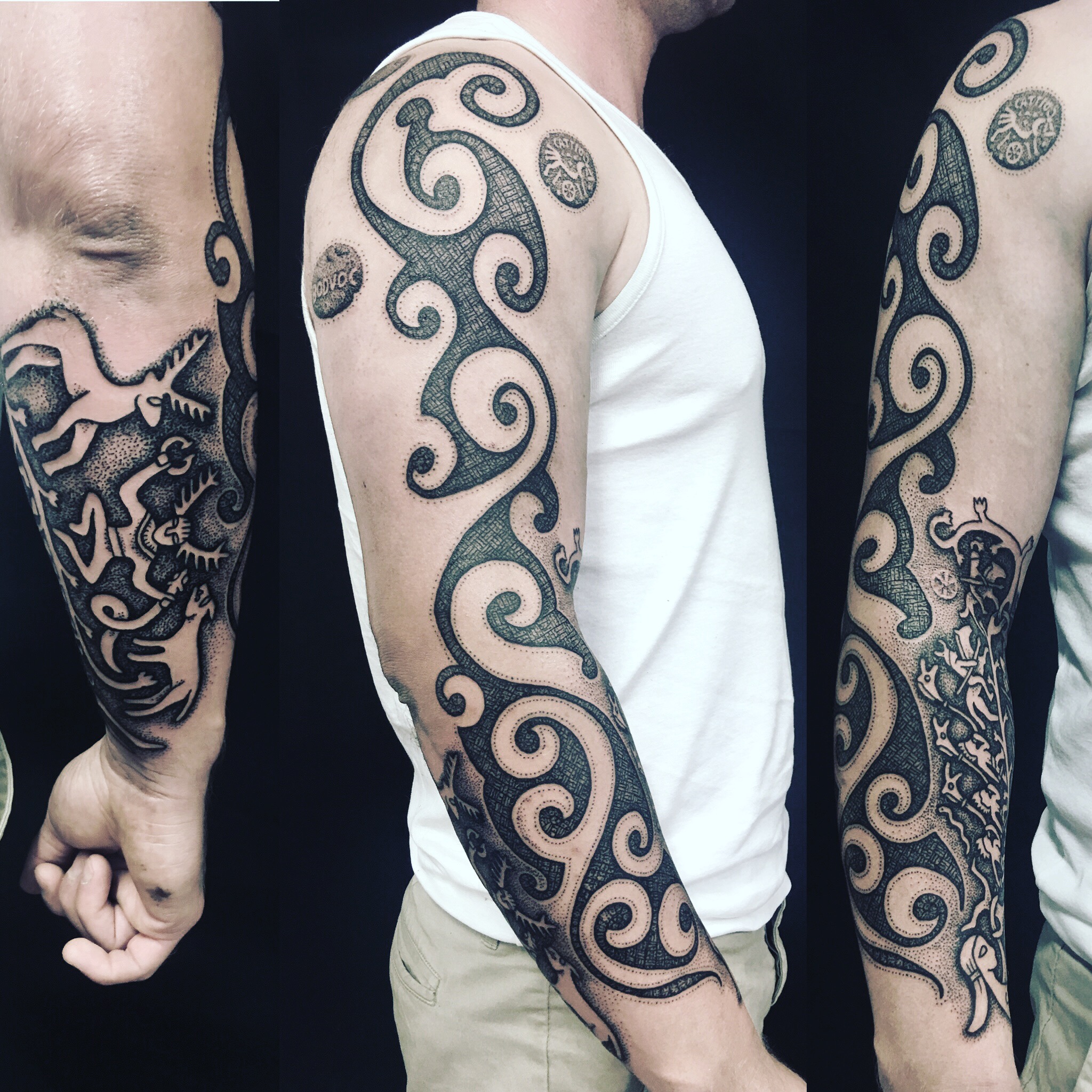 Jo grew up around Bristol in England with an interest in its Celtic and Pre roman past. The main pattern down the outer arm is copied from a Celtic sword scabbard regional to the south West of England. The scabbard is also ornamented in the La Tene style. The inner forearm depicts Celtic belief around life, death and rebirth which is probably similar to Germanic beliefs of Valhall. The scene also depicts a historical battle between the Celts and Saxons fought at Deorham Park. On the back the forearm is Cernunnos, the god of the wild hunt, with power over nature and man.