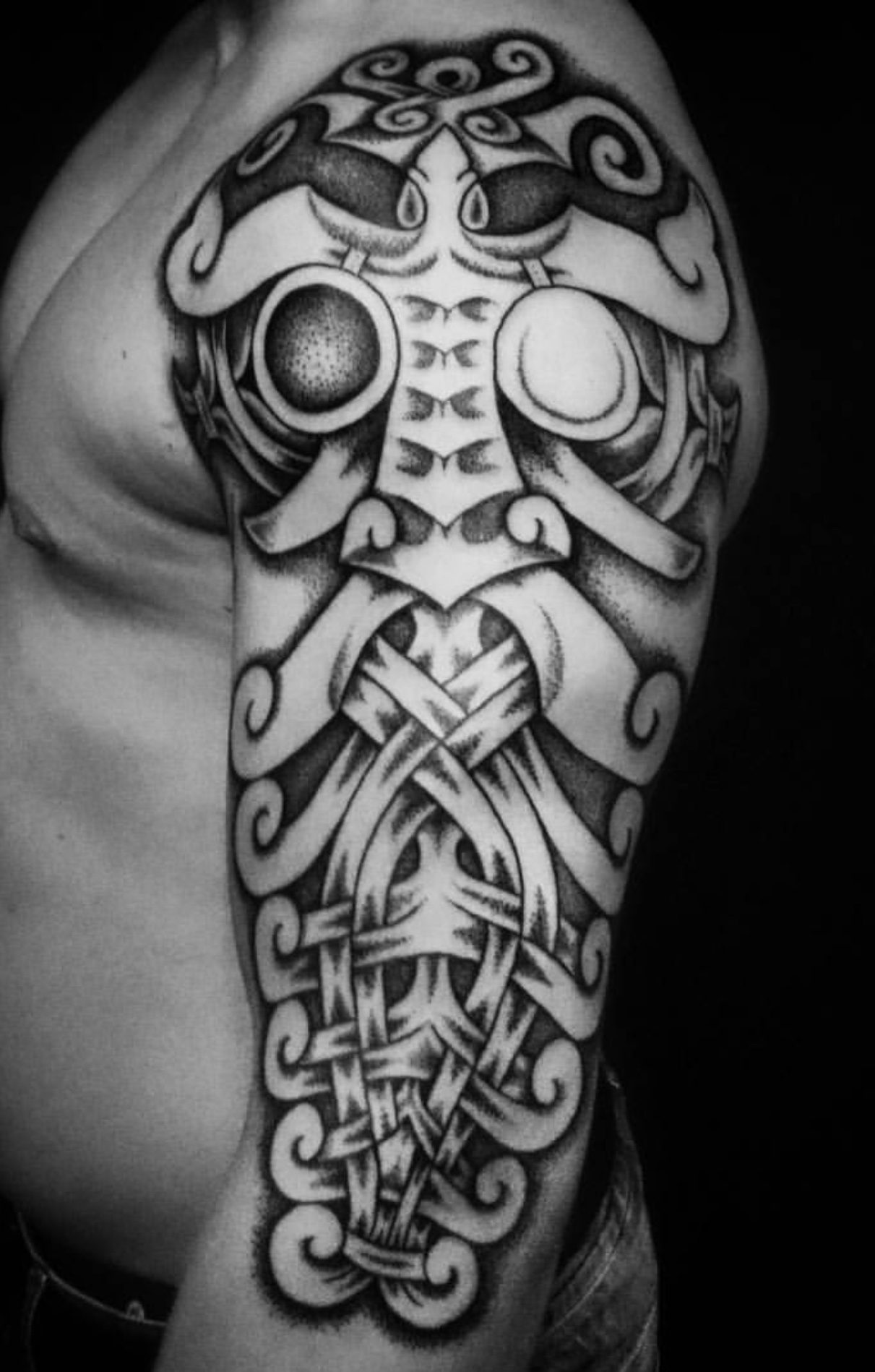 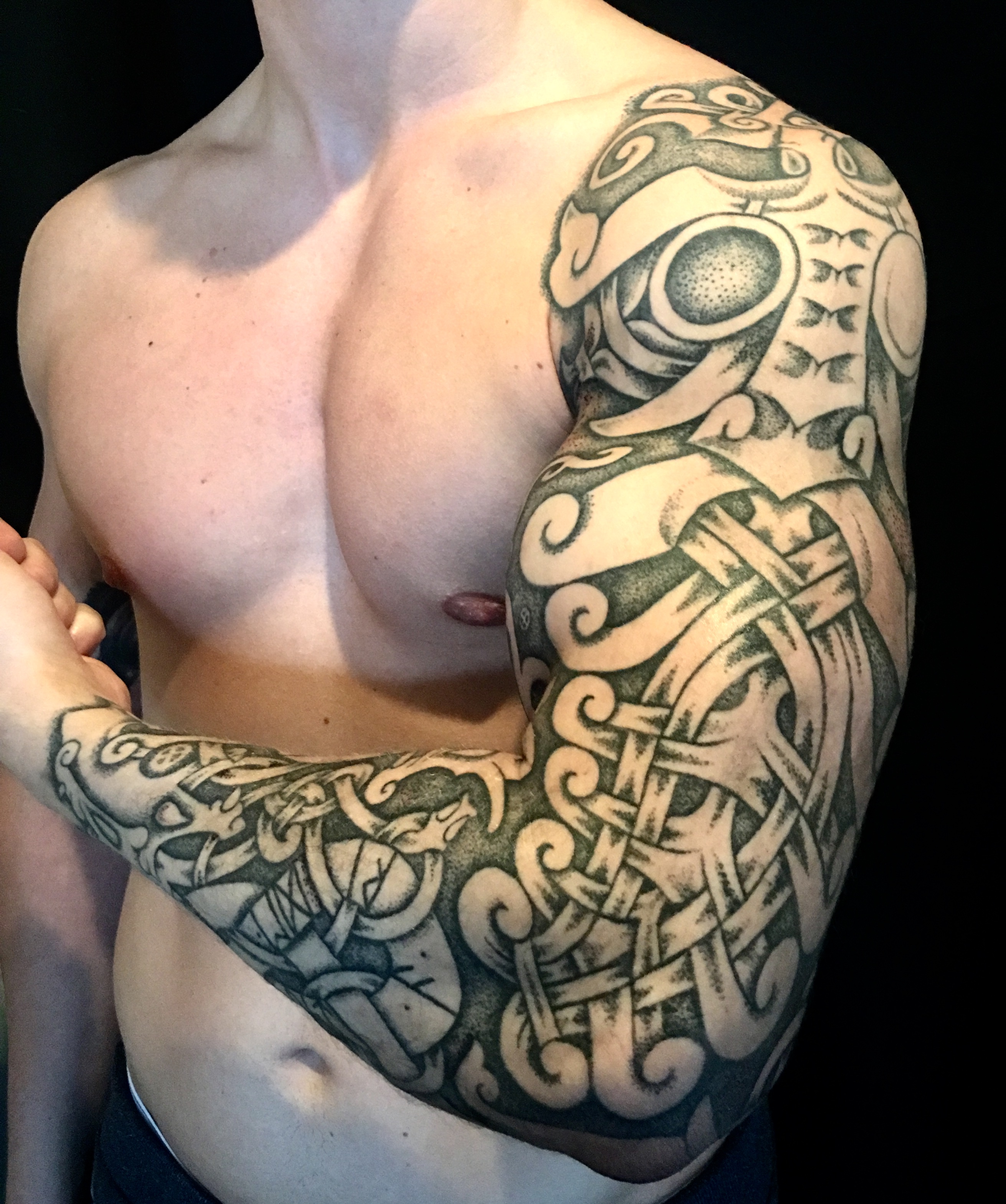 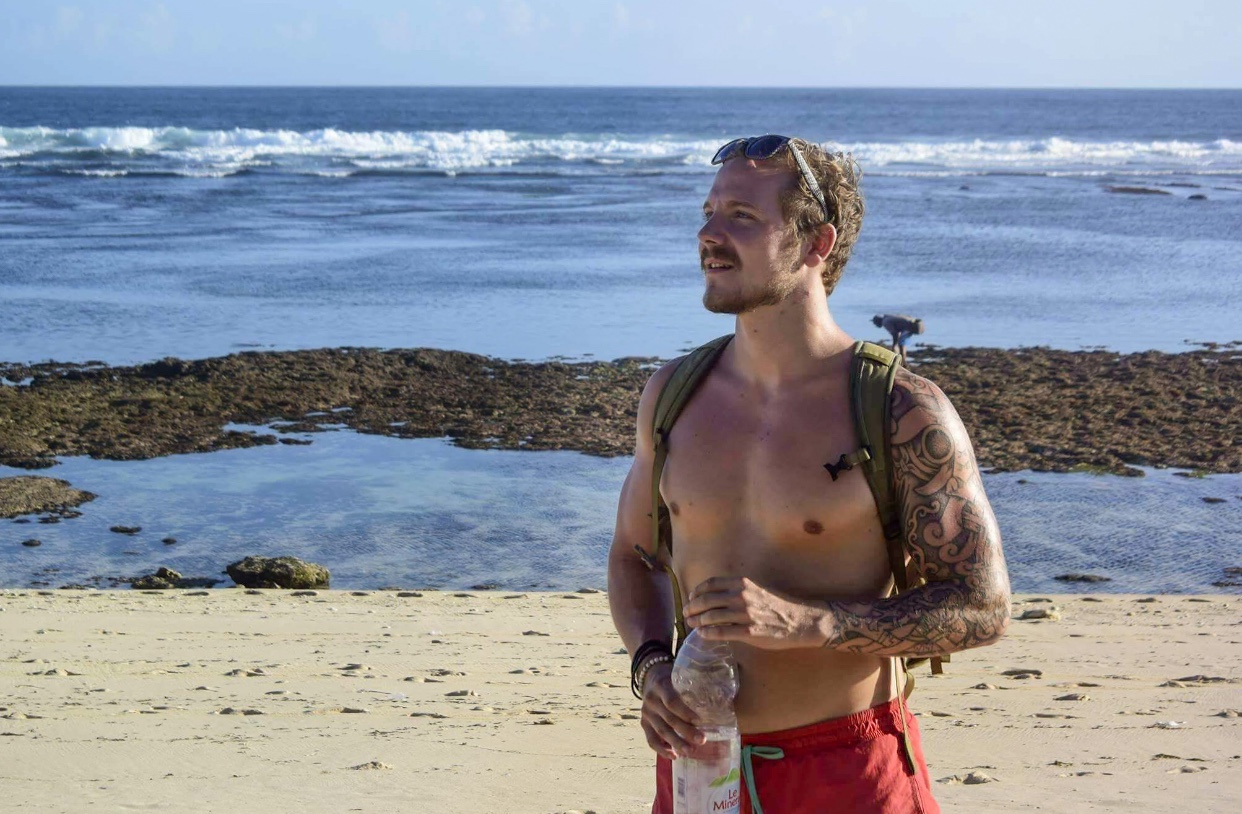 I first met Erik 2015 in Denmark. We began the sleeve with a mark depiction of Odin on Erik’s left upper arm. A few years later we build up the design with coiling Urnes dragons. Dragons/wyrms in the ancient Norse, like most ancient cultures, where believed to be dangerous creatures but powerful and full of mystery. only the brave would confront them..brave men like Ragnar Lothrok.

In the tales, Ragnar earns the name Lothbrok, by preparing himself a pair of furry breeches and doused them in tar so when he attacks the serpent, its venom could not pierce his clothing and poison him. this is that Lothrok means: furry breeches.

Erik, I still hope I can meet you out in the East on your adventures before you return to Sweden! 😉