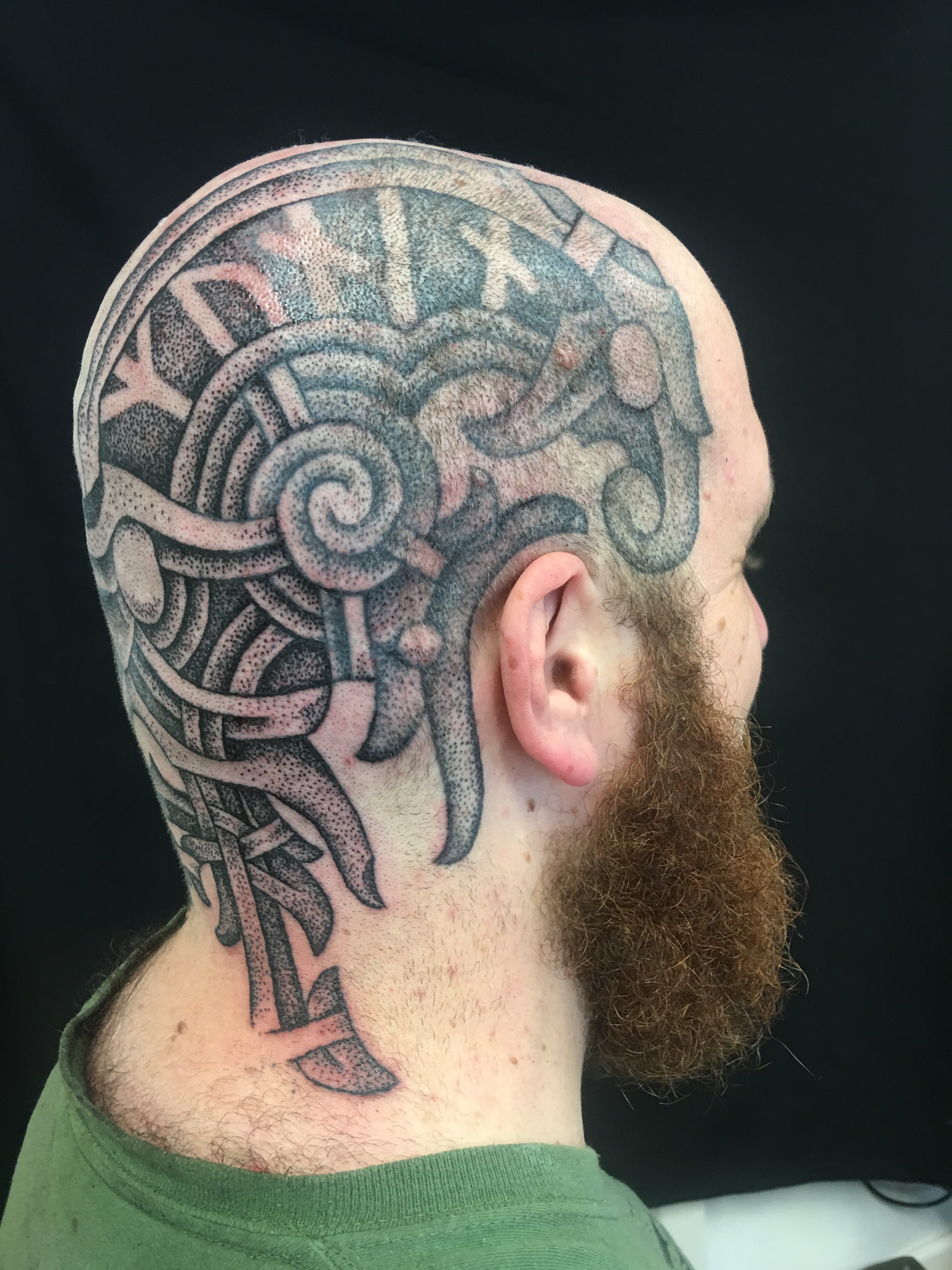 The tattoo on Beorn’s head was completed in two stages and depicts Odin’s ravens Hugin and Munin (known commonly as Thought and Memory).

The design was created to show the ravens mirroring each other and forming a god mask on the back of his head. Any head tattoo is quite an undertaking and although it looks awesome, it takes a certain amount of courage… Thanks for lending me your head 😉