Sacred Knot On The Road… 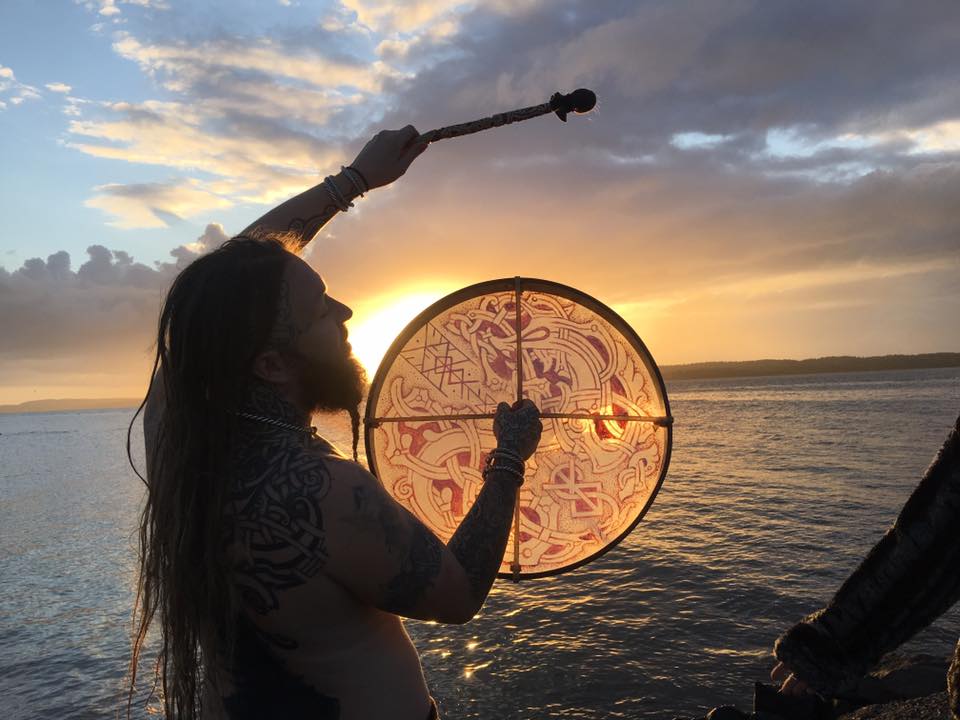 So far, 2019 has been a busy year for Sacred Knot! As well as moving the studio to Wales, we have tattooed and visited several countries as well…

The year started with a visit to London as the British Library had an exhibition on the Anglo Saxons. The exhibition displayed a number of important and quite spectacularly detailed artefacts including the Lindisfarne Gospels, and finds from Sutton Hoo and the Staffordshire Hoard. The level of detail within the pages of the books, especially the Lindisdarne Gospels is awe inspiring and you wonder how such fine detail had been possible to the artists (or monks) who created them more than a century ago.

Next, we travelled North to a land of Volcanoes;Iceland. We had arranged to meet some clients and had some friends to tattoo but in such a beautiful place, there is always something new to see.

We were fortunate enough to see our friend Sigurbodi perform some eddic poetry at the museum of magic in Holmavik (and home to the famous necropants)… It was fascinating to learn more about Icelandic stave magic and the belief system that was in place for many years.

Staves such as the Vegvisir are part of the stave magic but have been appropriated as a “Viking symbol”. Whilst the Vegvisir and other staves were created after the Viking period, they are still symbols made by the culture that was left behind. Whilst maybe not for the historical purist, there are so many meanings that can be conveyed with the Icelandic staves that is is certainly worth reading into.

We also were due to appear at the World Tattoo Convention in Belfast which was unfortunately cancelled the week before the event… fortunately we were able to make other arrangements for the clients who were flying out to meet us there and due to the schedule change, we managed a bit of free time to explore a fascinating city. To the north, we were able to walk in the footsteps of Fionn Mac Cumhail at the Giants Causeway.

Unlike historical sites, is rare that you get the opportunity to walk in a place where a myth was written. There are so many stories in Celtic and Nordic mythology but so few that have a physical presence on the landscape that can be seen today. Looking at the hexagonal columns of volcanic rock that remain, it is easy to imagine why the story was told and how the myth developed into what we know today.

As well as tattooing in Llandudno, we do try to get to other countries as well. We are fully booked for our upcoming trips but will try to announce our future plans on the website.

Sean will be tattooing and performing at Midgardsblot again this year. He is fully booked for tattoo sessions but feel free to say hello if you are going!
Sean and Broc will both be appearing at the Dublin tattoo convention in November. We hope to find time to see more of the historical sites around Ireland and I am sure there will be plenty of stories and videos soon…